This year, we celebrate the Second Edition of the Festival which should have taken place in France! Due to the current pandemic, we have decided to make it a Virtual Edition, together with the Third Edition of the Choreomundus Alumni Conference. This year, the Festival also has the pleasure of collaborating with 'Performing the Pandemics - Emergency Festival'.

Choreomundus Dance Festival  launched its first edition in July 2018. Click here to check out a​ video from our first festival.

The first Choreomundus Dance Festival took place in Szeged-Hungary, on 26-27 of July 2018. The Choreomundus Alumni Association initiative aims to promote the diverse background of its members through dance, and to highlight the continuation of the alumnus work after studies. The festival included performances of alumni members and current active students, in addition to external collaborations of the aforementioned. The two-day festival, took place simultaneously with the second Choreomundus Alumni Conference.

Choreomundus Festival, as an International Dance Festival, directly connected to an Erasmus Mundus master course, is the first of its kind. It underlines the significance of Erasmus Mundus program while and after studies and it highlights the students’ connections with the local communities where their studies were held.

Choreomundus Dance Festival aims be a “travelling festival”, organized every second year at a different country, starting with the 4 countries where the program is held, and expanding to other countries where we have alumni residents who could help to host such an event.  This format complies with the spirit of Choreomundus master program itself.

Our objective is to promote the professional work of Choreomundus alumni students and give them a platform to project their creative ideas and encourage the promotion of diverse cultural heritage.
​ 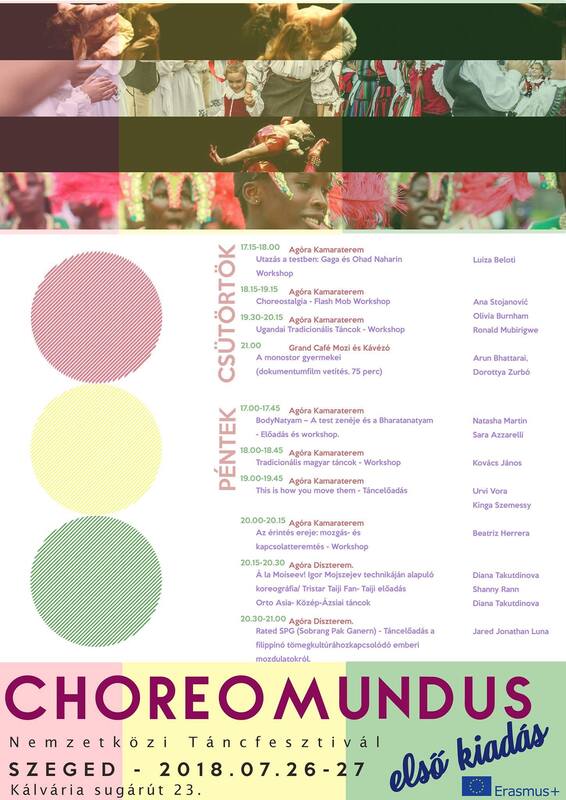