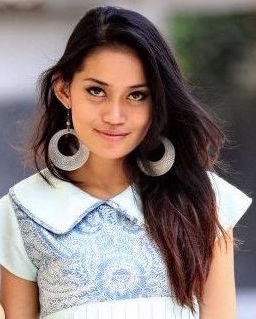 Sekar Sari is the first Indonesian to receive the Erasmus Mundus scholarship for a Master of Art in Choreomundus-International Master on Dance Knowledge, Practice, and Heritage-an Erasmus Mundus Program. While her BA degree was from International Relations, Universitas Gadjah Mada, Indonesia fulfilling her eagerness to explore the cultural diplomacy. Since she was a child, her passion is on art and performances. She has been exploring the stage and the screen as performer: dancer, presenter, and actress.

Through her first feature movie entitled 'SITI', she won best actor prize in The Singapore International Film Festival 2014, best actress in Usmar Ismail Awards 2016, and as the best young actor in Indonesian Movie Actors Awards 2016. She is also actively involved in research on art and culture and archiving project, for instance through a project called ‘Recording the Future (RtF)’ which she has been joining since 2012. RtF is an audiovisual archive project of everyday life in Indonesia. This project was initiated by The Royal Netherlands Institute of Southeast Asian and Caribbean Studies in collaboration with The Indonesian Institute of Sciences.

Her Master thesis is also related to her passion on acting and dancing which she did research on Panji dance-drama in Bali and Thailand entitled "STAGE LIFE AND DAILY LIFE: A Comparative Study of Gender Representation and Characterisation in the Panji Story”. She continues her exploration on art and culture, particularly through dance, movie, and research. She had joined a number of international conferences where she delivered her papers i.e.: Conference Athens is Dancing 2015 organized by Society od Dance History Scholars (SDHS) & Congress of Research in Dance (CORD) where she delivered her paper “Dance Activism & Media Market: Jampi Gugat” presented in the panel ‘Dance and the Political Praxis’ moderated by Susan Foster in Athens, Greece and Congress on International Union of Anthropology and Ethnological Science’s (IUAES) 2016 delivering a paper entitled ‘Legong Muani Ardhanareswari: Dancing, Praying, Advocacy’ presented in the panel ‘Anthropology of Performance: Artistic Activism in the Context of Social, Economic and Political Transformation’ moderated by Monika Salzbrunn in Dubrovnik, Croatia.