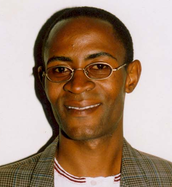 Nsibambi Michael is Ugandan and a Muganda by tribe born at Kitetika in Wakiso district on 24th November 1978. He is a performing artist by profession as well as a high school teacher graduate from Makerere University and holds an International Master’s degree in Dance Knowledge Practice and Heritage (Ethnochoreology) from four Universities namely. Norwegian University of Science and Technology (NTNU), Blaise Pascal University Clermont-Ferrand- France (UBP),   Scientific University of Szeged in Hungary (SZTE)  and The University of Roehampton London (URL) in the United Kingdom. He is currently pursuing a master’s in Indigenous Studies at The Arctic University of Norway (UiT)
​
Michael was executive officer of Conservation Trust Uganda (NGO) and the founder of Afrique Cultural Troupe from 2004 to 2014. He is a dance instructor, an actor, a dancer and makes radio adverts and dramas. He has great experience in training Kindergartens, Primary Schools, High Schools, Universities, Tertiary Institutions, Church and Children’s Choirs that have toured the whole of Europe and USA spreading the gospel of Christianity through Music Dance and drama.

Michael is also a costume designer and a consultant on African traditional dances and has carried out a lot of dance projects and performances both at local and international market such as India, China, Italy, German, Spain, France, South Africa, Brazil Netherlands, UK, Kenya, Rwanda and Tanzania.