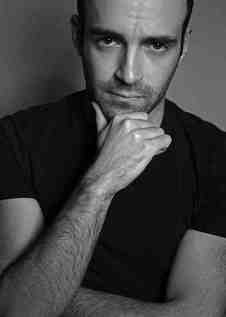 Filip Petkovski, born in Skopje, Macedonia, is a PhD student of Culture and Performance at the Department of World Arts and Cultures/Dance at The University of California Los Angeles. He has graduated in a performing arts high school focusing on folk dance and ballet, for later to continue his career with professional folk dancing in the ensemble for Eastern European folk dances and songs- Tamburitzans, based in Pittsburgh, PA. Filip has graduated at Duquesne University in Pittsburgh, PA focusing on theatrical directing and multimedia. He continued with his education with the Choreomundus program: International Master of Dance Knowledge, Practice and Heritage, through a consortium of 4 European Universities. He has graduated as a dance researcher and he is focusing on ethnochoreology. When it comes to dancing, Filip has worked as a professional dancer, choreographer and dance teacher in the United States and Europe. He has performed at around 200 concerts throughout the United States with the Duquesne University Tamburitzans, taught various seminars and workshops on Macedonian and Eastern European folk dance, choreographed and staged folk dances for various ensembles. His MA dissertation is on the approaches of staging and choreographing folk dance in Macedonia and the National Folk Dance Ensemble Tanec. Currently, he is doing research for his PhD dissertation, focusing on dance as intangible cultural heritage.